Our last update was over three months ago and we’ve been noticeably quiet for awhile – so much so that a few of our fans had decided to poke us to see if we’re still alive – but rest assured that we’re still hard at work on Forged of Blood. So where are we now? Well, we took a couple big hits on the production schedule when we had a couple medical emergencies and took on a few systemic overhauls to our key game systems, but I’ll take this update through one section at a time.

We’ll start with the art side, which has since wrapped up the 3D portion of our production rather nicely. The last three months has mostly been spent on expanding our map count with more unique scenarios tied to specific story driven combat missions and playing a long overdue game of cat and mouse with our asset production list. Our biggest challenge has been reviewing and taking inventory of all our art assets to see what needs fixing and to catch crucial items that may have fallen through the cracks in the last couple years – and boy there are plenty. So far, we’re in the process of building one final largescale custom map – that I had admittedly neglected to put into the pipeline months ago – and hammering through the tedious process of cleaning up our 2D UI assets.

On the animation side, we’ve wrapped up a couple of the big cinematics – music and all – and have begun to make a dent on the endgame variations that Forged of Blood players will have access to. To help make life marginally easier for contractors and the animation side. I’ve parsed the epilogue cinematics into three segments, each with a number of variations that take into account the successes, failures, and personality choices in the game. Each of these segments will act as a standalone finale that reflect the player’s choices in their respective areas, that will then be combined into a final cinematic. Each scene will have to be specially crafted with unique voice-over and music work then paired with custom illustrative assets before it can be put into our system. 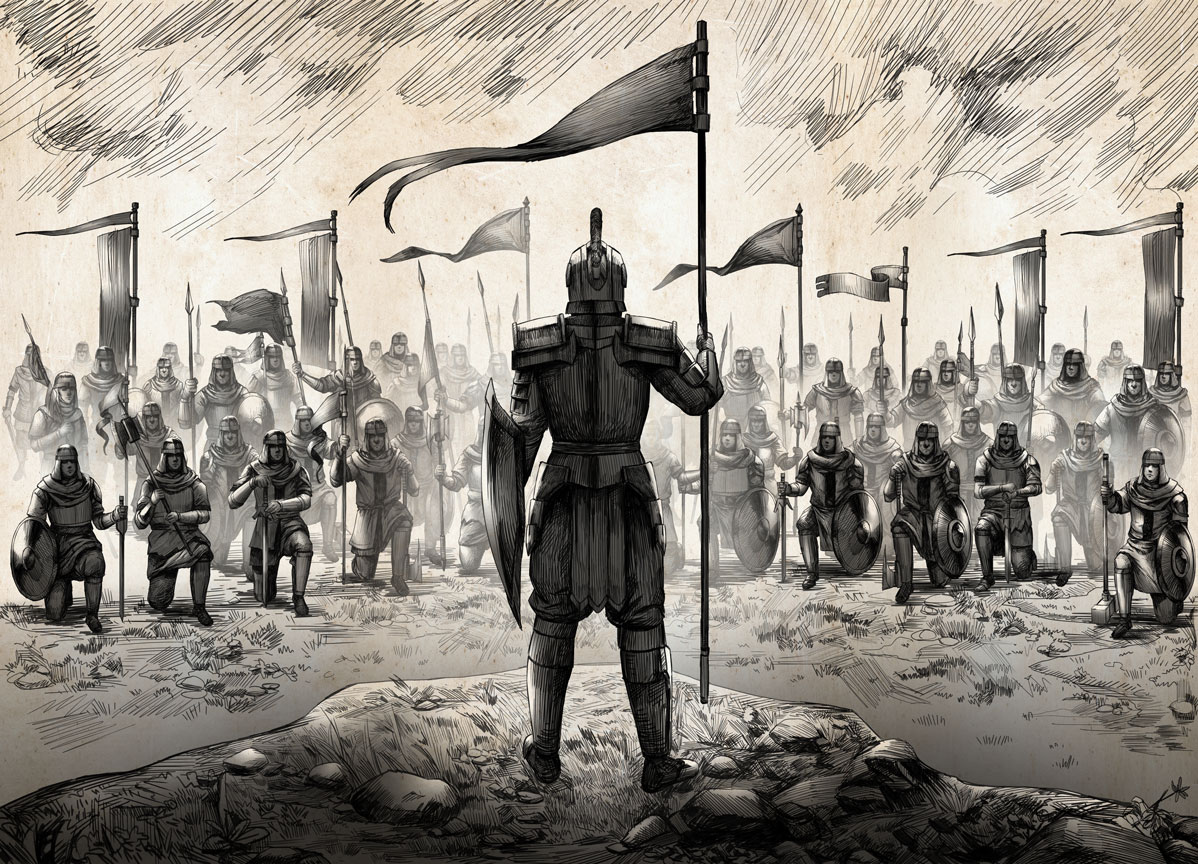 As for our programmers, they’ve taken on the brunt of the overhaul work to Forged of Blood in these past months. First and foremost, the key castle and strategic systems have been cleaned up and are now in the final phases of implementation. This will be followed by another UI pass… umm, when I get to it. They also made a huge step in overhauling and updating the narrative system for our various story arcs and quests. The new updates made to the narrative system gives us an incredibly robust and flexible ecosystem to tickle my storytelling fancies – which of course led me to do tertiary overhaul of the story arcs we had planned. 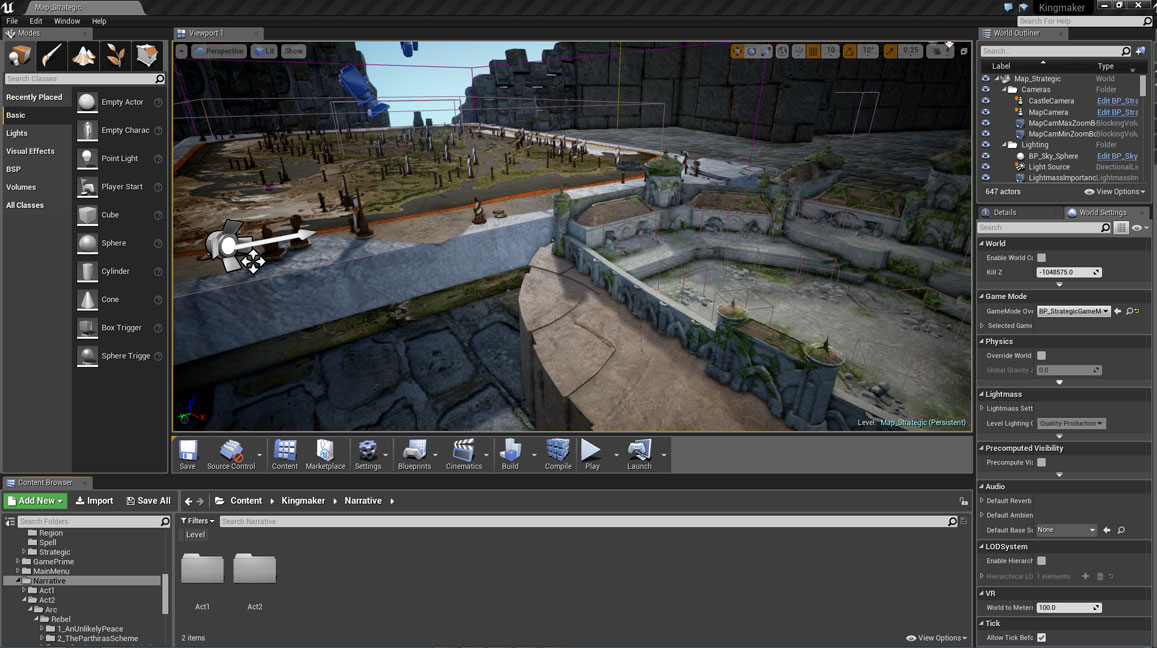 And so, we get to the narrative section of our game which has, and continues to be, the area that lags behind the most in our production. At the moment, I’ve writing out one of the three main faction story arcs, while also taking the time to make sure that the other arcs are updated to reflect the new updates made by the programmers. While it was time consuming at the time, this is really where that massive narrative overhaul really comes in handy. With everything now in place and the range of options we can now do on the quest level, I’ve been able to better tie the story arcs with the mechanics on the strategic level to really bring into perspective the large scale conflict going on in the game.

From the beginning, we’ve wanted to give players the option to chase down or skip the main story arcs, and with the current system I am able to add in a bit more nuance into the various routes that will be open to the player. This is all really exciting and daunting at the same time, as it does require rewrites across the board, but it is all an effort that I truly believe is worth it for the final product that Forged of Blood will become.

So far, we’ve implemented a good chunk of the smaller quests (with a veritable tonnage waiting in the wings for me to review), along with the opening act of the game. This has allowed us to have a small feel of how the narrative flow will be for the player and has further illuminated my writing. To give you guys a little perspective on our process, below is a quick snapshot of our opening act and how it was set up in Google Docs, and a look at how it translates into the system in UE4. 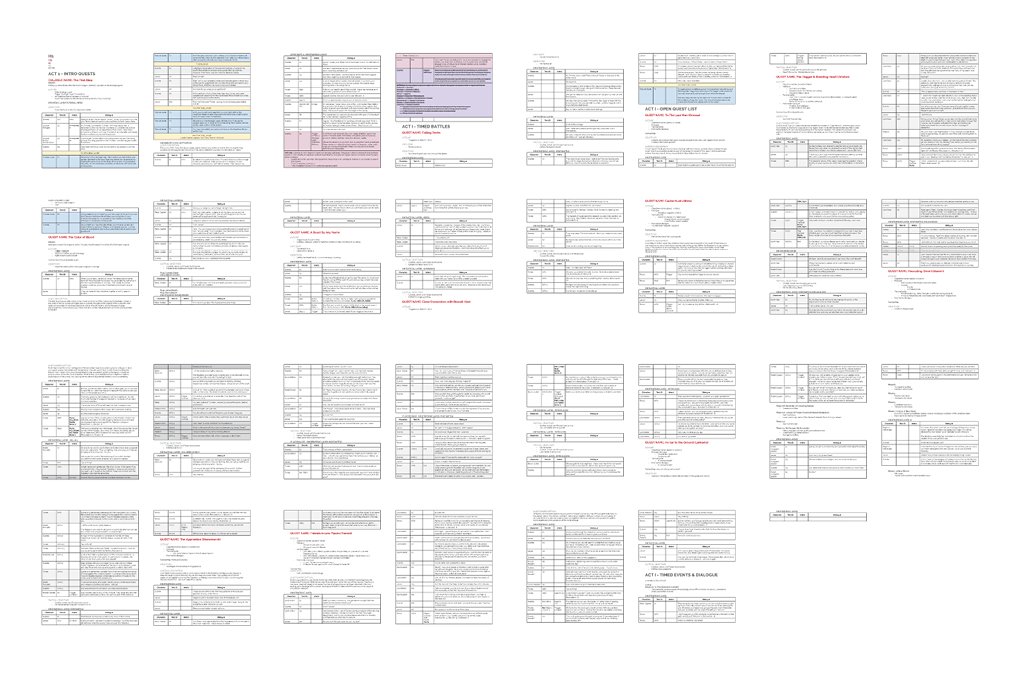 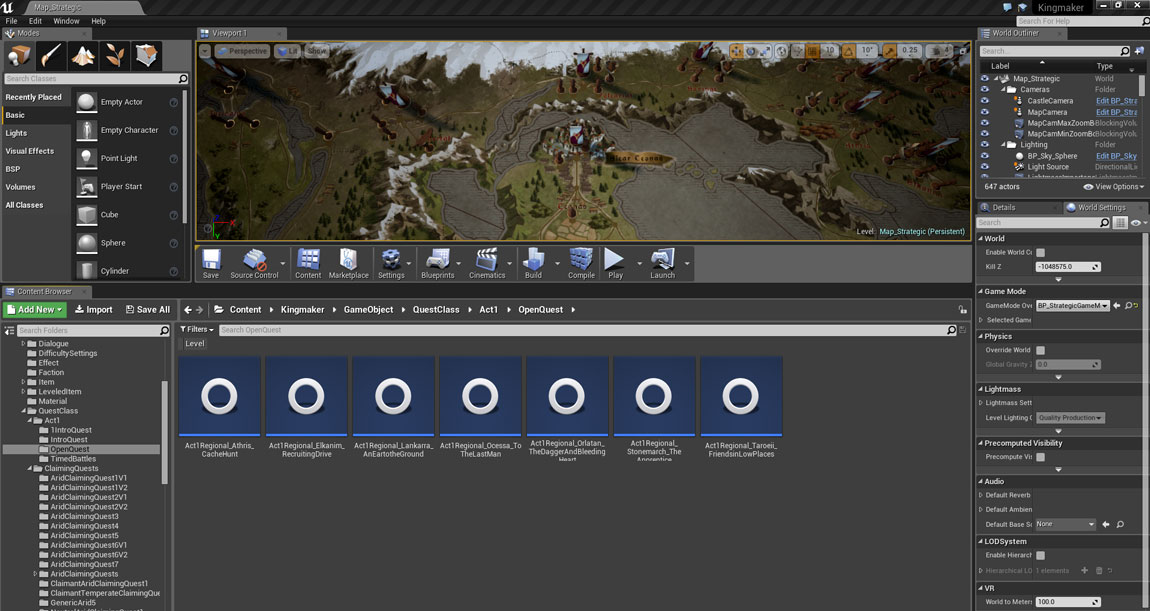 There is still a lot to do going forward, mostly having to deal with the implementation of all the small things that have been piling up over the years, but we are still firm in the commitment to release Forged of Blood in 2018 (though the exact month and date is still in flux). As things start to come together more quickly, we’ll start to push out a few more updates and screenshots, until then we’ll be chipping away at the enormous task of taking Forged of Blood across these final months.

Until the next time, thanks for sticking with us!