Fog of War. What is it good for?

I’ve been super lax with these updates – the schedule is getting tighter and the pressure is definitely on to get Forged of Blood over the last few months here. However, we do have a cool new update to share so here we go:

Over the last couple years, we’ve had some hazy discussions internally over the implementation of a Fog of War system in Forged of Blood. Should we? Would we? Could we? It was one of those things that we unanimously agreed that we “would” with the “should” and “could” of all up in the air until we’ve developed the rest of our mechanics.

Early on in the development process, we had designed the basic tactical mechanics around the idea of being able to survey the battlefield and the enemies in it right away (this goes back to the “meaningful choice” design pillar we chose). Over innumerable playtests in the last couple years, the tactical game loop had largely revolved around two steps:

Internally, and in the builds we’ve showcased at past public events, the tactical order of operations had been very predictable with players positioning their units like pieces on a chess board leading to the eventual engagement flashpoint. Positioning and turn efficiency carried the day and giving the player a full overview of the map and tactical situation made the battles feel more like a tactical puzzle. In that iteration, Forged of Blood was already a challenging game for most (less than a third of our public playtesters win, and a flawless victories were counted on one hand per event) and we realized just what a curve ball a fog of war system would do to the tactical layer. That said, we also still had a few mechanics (spells and the like) that were contingent on the nailing down whether or not we would be implementing a fog of war system, so we finally took the time to test it out.

After some tinkering, Pandu flipped off the lights and we had fog of war to mess with. Our fog of war system is pretty basic (as described by Pandu) and works by overlaying a textured grid over our base game grid to obscure the map with a fog of war. He then applied shaders to the character sight range that effectively cuts a swathe in the overlaid grid to remove the fog of war as characters move through the map. In the image above (time of day color lighting differences aside) you can see just how different the game feels visually, and once in-game we’ve noticed that our play also evolved to match the new aesthetic.

Long-ranged builds that once dominated the battlefield (and were ruthlessly nerfed by Milo) immediately felt their limitations without the benefit of map-wide visibility, and we naturally approached the engagements a lot more cautiously. Mobile-striker builds became more effective as scouts and tankier builds started to shine a bit more in the dark. Obscuring enemy starting positions and actions at the start of the battle added a layer of discovery into the tactical layer that we just didn’t have before.

With the current iteration of our fog of war system, the tactical loop goes:

There’s still a few more things to work out internally that may change that loop depending on the rulesets that we implement, but in its basic form the fog of war system already adds a lot to Forged of Blood. The overall weapon balancing needs to be reconsidered slightly as the different builds find their inherent advantages and disadvantages in the context of an obscured battle map. We’d also have to update the AI to behave within the parameters of any new rulesets we decide for the new fog of war system. Finally, we also have some pretty drastic ripple effects going on to the art side of the studio.

Obscuring the map in darkness and finally being able to implement the edge of map systems we’ve been waiting on means that we can finally review the maps as they will finally look like in-game. One of the biggest issues that was immediately solved was the question of our skybox – or to put it simply: what skybox? The screenshots below show how one of our maps look in-engine in contrast to how it looks in-game with the fog of war on. 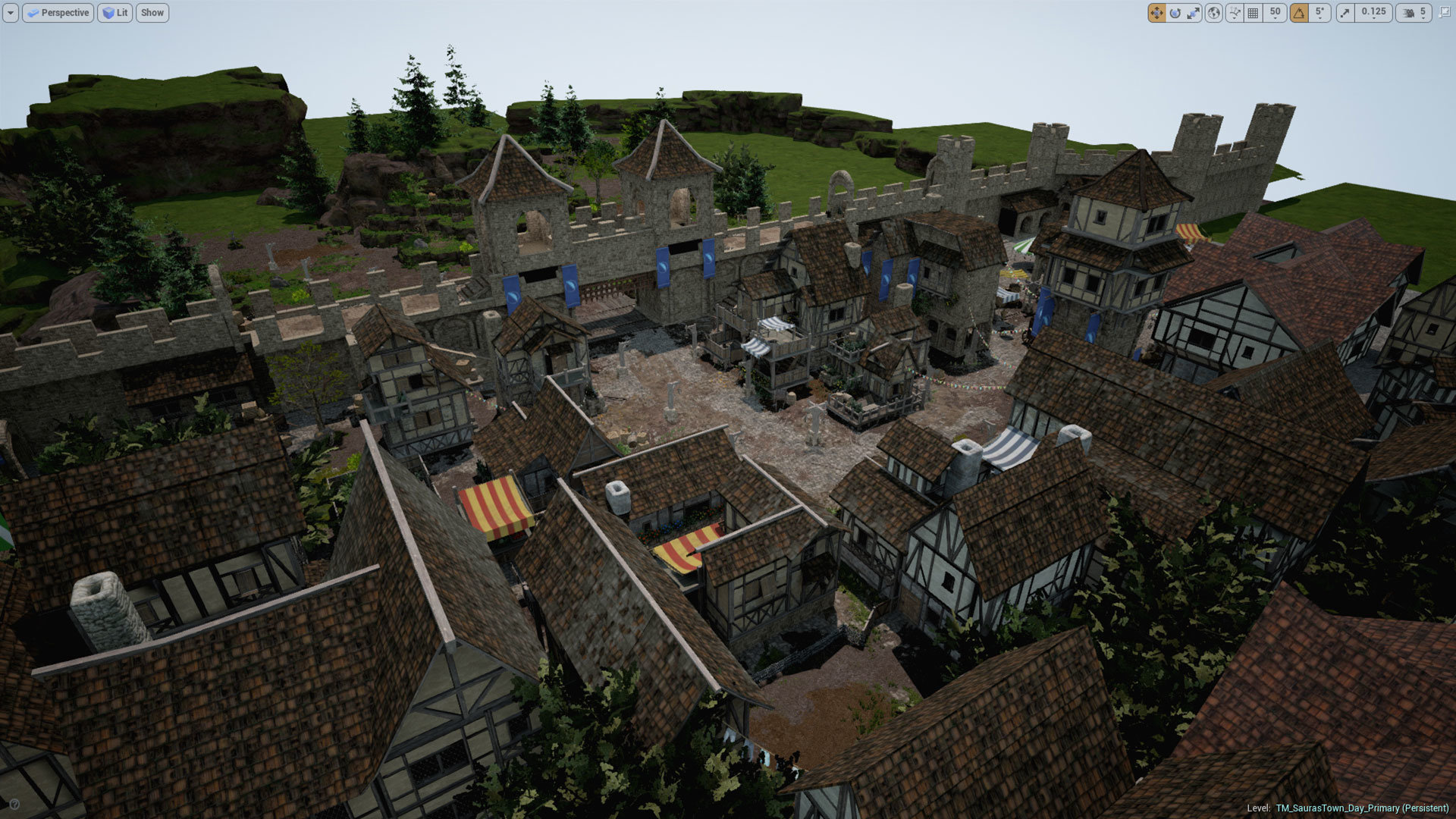 The visual blend between the black areas outside of the play area and the fog of war meant that we can close the edges of our maps a lot tighter in – saving on map size and overall resource consumption in the build. Our varying times of day also got a big visual boost, with our night maps feeling much darker  without needing to actually reduce the visibility, while the day maps ended up feeling much more vibrant in the contrast to the undiscovered areas. 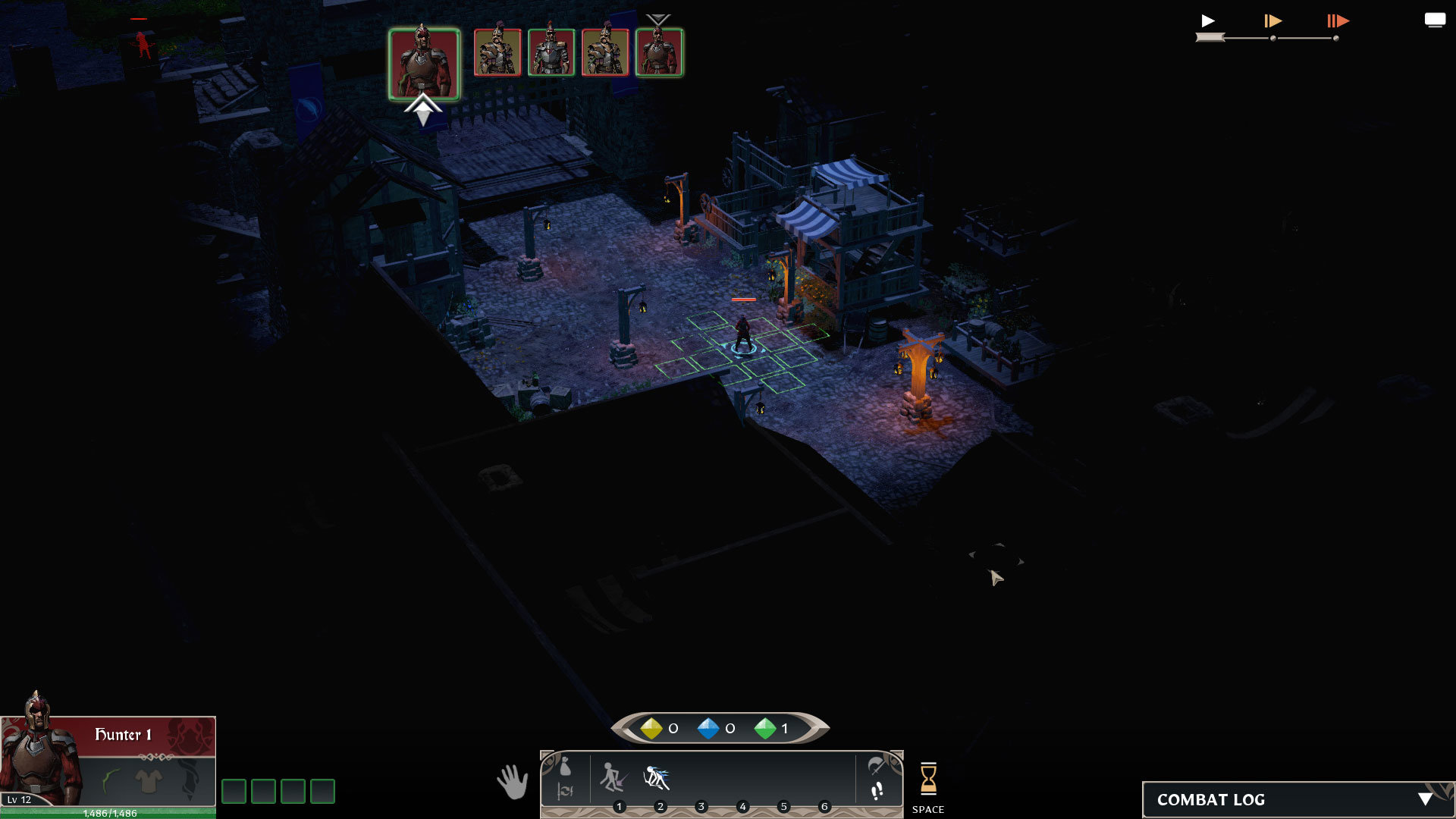 Implementing the fog of war system is a huge milestone for the production, allowing us to progress the evolution of our gameplay mechanics and solving many of our visual hurdles at the same time. We’re really glad we took the time to explore it and in the end: Fog of war, what is it good for?